The best Toronto restaurants with valet 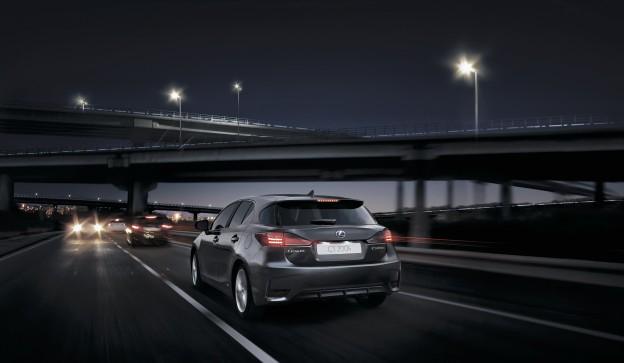 You love your car. That’s a given. So, when you go out to eat in the Toronto area, it’s nice to know that someone’s looking after your baby while you’re chowing down. Not only is valet service super convenient, but that moment when the valet brings your car right to you makes you feel really awesome. These are the best Toronto restaurants with valet, where you can expect higher prices, unique flavours, great atmosphere and the perfect ride home.

Head to Royal York Rd. in Etobicoke and seek out Nobuya–it’s on the home-side of Toronto, if you live in Brampton at least. Their menu marries Western and Japanese comfort foods, featuring items like fish n’ chips, donburi (rice bowls), ramen, poutine and more. They’ve probably got what you’re craving….plus they’ll take great car of your Lexus.

Located inside the InterContintental Toronto Centre on Front St. W, Azure is in a great location with complimentary valet service. The restaurant is in the lobby of the building, with a giant wall of windows, so you can watch the hustle and bustle of the city while relaxing with some great upscale versions of classic dishes. Just read over the ingredients on their dessert menu alone and you’ll be drooling.

The unique aspect of Scaramouche is that there is a high-class Restaurant section, as well as a more casual (but still high-class) Pasta Bar & Grill section. In either area, the food is nothing but the best French cuisine, and they have an extensive wine selection as well. It’s also got another killer view as it’s located at Benvenuto Place near Casa Loma.

For the true steak aficionado who doesn’t mind dropping cash on top-notch beef, Jacob’s is a dream come true. The steak selection is large and all super high quality. At the top end is a 20 ounce Kobe beef ribeye from Japan for $1000. There are a few non-steak main course options too, but if you’re going to a steakhouse of this caliber, you should be getting some red meat. The valet service is great, especially since you can have it tacked onto your food bill for a little added convenience. Jacobs & Co is on Brant Street just off King St. W.

Just a few blocks east of Jacob’s & Co, Byblos’ Eastern Mediterranean menu is stunning. It’s a great change from the usual upscale fare, and has been praised for its great customer service and friendly staff, including the valets. The menu has great lamb and seafood dishes, as well as exotic vegetable combinations. They also have some amazing “To Share” dishes perfect for groups who want to try a bit of everything. Byblos is on Duncan Street in Old Toronto.

Opus Restaurant, north of U of T’s St. George campus, has the best wine selection on this list, and maybe even in the entire country. The wine cellar has over 2,500 labels and 52,000 bottles, and yes, that’s with three zeros. Apart from the impressive wine collection, Opus’s menu has food with all kinds of influences, including some very Canadian roast caribou. If it’s nice out, you might be able to snag a table in the courtyard and dine al fresco.

Bosk is a restaurant in the Shangri-La Hotel on the corner of Adelaide St. W and University Ave. The interior design at Bosk mixes contemporary themes with traditional Asian motifs, and it’s absolutely gorgeous, and very tranquil. Their menu mixes quality international ingredients with more local ones, and most of the dishes are Asian or partly influenced by Asian flavours. There aren’t as many options as other places, but the seasonal menu is designed to make for some great three or four course meals.

If you’re craving some seafood, this is THE place. After all, it’s right there in the name. The Chase is on Temperance Street just off Yonge. Order from the menu, pick a lobster or fish from the tank, or hit up the raw bar for oysters, clams, shrimp etc. You can also eat out on the rooftop terrace when the weather’s nice (they have heaters for when it’s chilly too). Since it’s downtown, the valet parking is a must, since you’ll be hard pressed to find a spot nearby without it.

Everyone’s invited to the party! Lit Lobster, Chill Crab, OG Oyster, Cool Clam, Crazy Ceviche, Tight Tuna and even Snazzy Shrimp. Get a taste of everything with our off-the-hook Bay Platter.