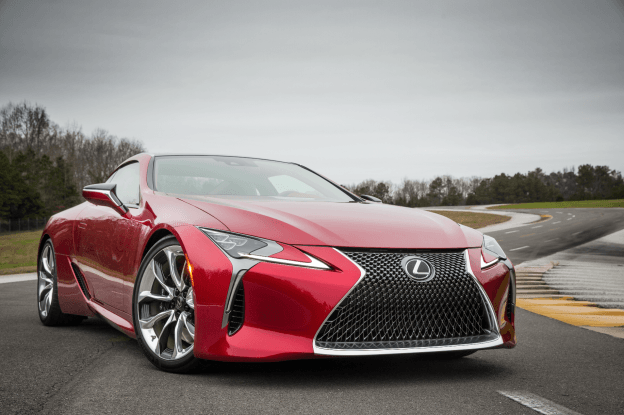 When Lexus unveiled the LF-LC Concept at the 2012 North American Auto Show in Detroit, the jaw of the automotive public dropped. The car was low, elegant, and menacing all at the same time, offering the kind of design and character that people usually only dream of. Everyone hoped the car would make it to production, but few actually believed it would.

After all, manufacturers build concept cars every year, and many are never seen again.

Not satisfied with the status quo, Lexus listened to the overwhelmingly positive response from its customers and the press, and unveiled the new LC 500 to the same Detroit crowd earlier this year—showing that a concept doesn’t have to be just a dream. (We went down to take a look for ourselves, even.)

Initially, many still wondered whether the dramatic styling and character of the performance coupe concept would carry over to the production LC 500, and in a refreshing twist, that answer is simply, “Yes.”

Much of that is due to the dedication of the designers and engineers behind the project. LC 500 chief engineer Koji Sato called the new car a “passion project” for Lexus employees; a rarity in the world of high-volume vehicle production. It’s through this passion and dedication that the special details of the LC 500 shine through.

Inside, Lexus’ pristine attention to materials and luxury is pushed even further, with the kind of driver-focused, forward design elements and impeccable craftsmanship the company has become known for.

But the LC 500 isn’t just a new vehicle in the Lexus lineup, it’s the company’s new flagship, and, as such, it must live up to the expectations and embody what the Lexus brand stands for: uncompromising luxury, elegant styling, and high performance.

To that end, an impressive amount of exotic tech has helped Lexus raise the bar.

In the LC 500, Lexus is flexing uncompromising style, luxury and supercar performance, in a concept that’s fit for the streets.

The chassis is constructed from a mix of carbon fibre, magnesium and aluminum, which not only sheds weight, but also lowers the LC 500’s centre of gravity and makes it more rigid than the previous LFA supercar. Paired with a driver seating position that aligns the hips with the car’s centre of gravity, it makes for uncompromising vehicle feel and feedback.

This CVT/4-speed automatic hybrid drivetrain gives the 354 horsepower 3.5-litre V6 LC 500h unparalleled hybrid economy and performance in what the company calls its most progressive drivetrain yet. For the LC 500, drivers are treated to the 467 horsepower 5.0-litre V8 found in Lexus’ highest-performance F series cars.

In the LC 500, Lexus is flexing uncompromising style, luxury and supercar performance, in a concept that’s fit for the streets.

It’s not often that a dream becomes reality, but Lexus has shown us just that.

Break from the status quo and contact your sales rep to book a test drive.