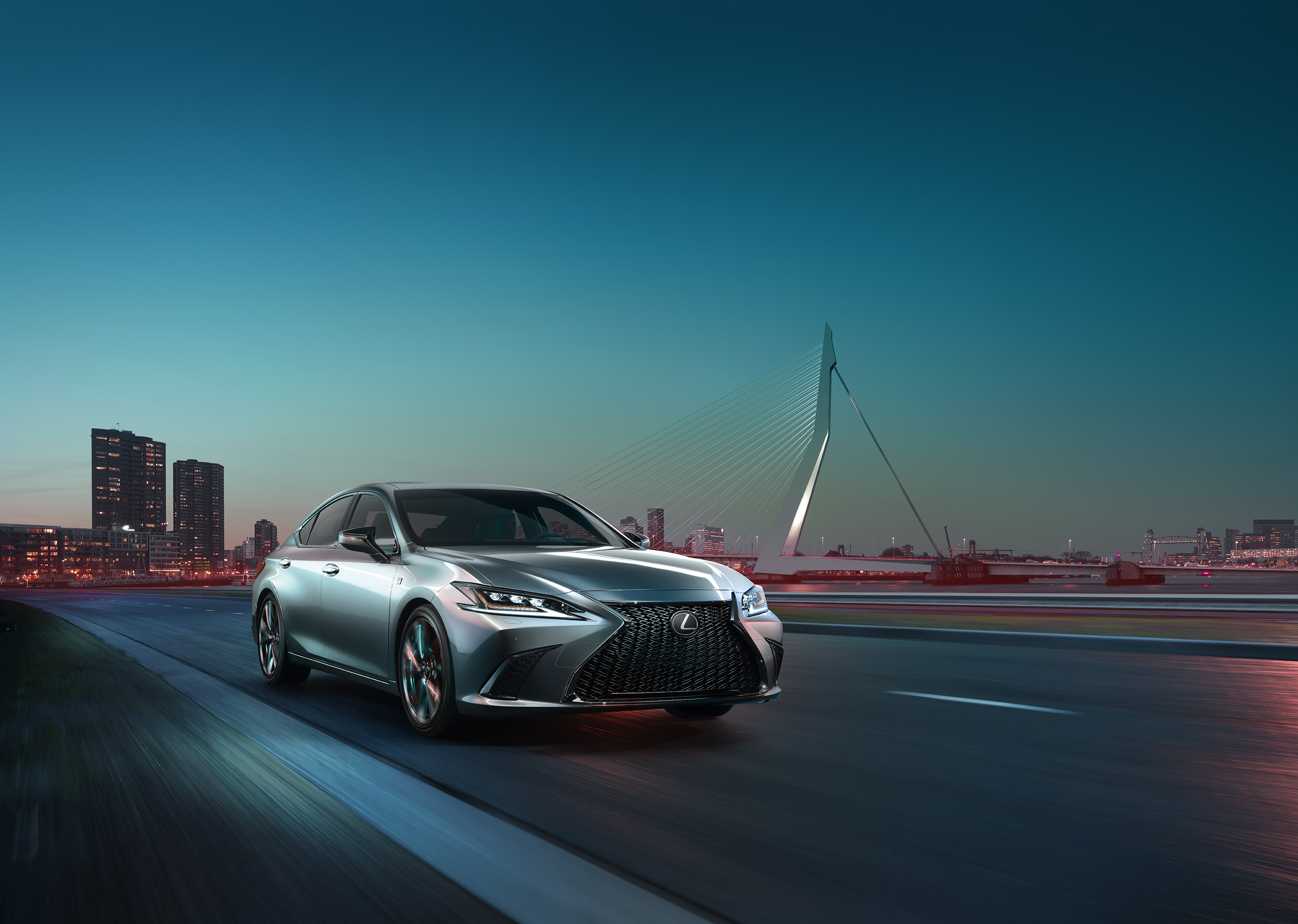 If the sedan is truly dying somebody had better tell Lexus, because the new 2019 Lexus ES is their best yet.

Cars like the all-new 2019 Lexus ES are making it difficult for the prophesied ‘death of the sedan’ to actually come to fruition. Sure, SUVs and crossovers are multiplying at an incredible rate—for proof, look no further than Lexus’ large-and-in-charge RX, the brand’s best-selling vehicle—but the good old 4-door car has proved more resilient than some critics believed possible.

No, don’t close the automatic sliding door on the humble sedan just yet, at least not before you’ve checked out the seventh generation of one of Lexus’ most historic cars. Because for the ES, which has had a stalwart presence in Lexus’ lineup since the brand launched in 1989, it’s all business as usual.

As the second model ever made by Lexus, the ES has hustled for nearly three decades, sharing many characteristics with, but existing somewhat in the shadow of, the brand’s flagship sedan, the LS. The 2019 ES 350 and ES 300h are stepping out into the spotlight just a little bit more. They’ve retained the nameplate’s hard-earned characteristics of elegant luxury, uncompromising comfort and exceptional reliability, but the 2019 ES’s refresh comes with some welcome upgrades to its looks and performance, including, for the first time ever, an F-Sport edition.

It should almost go without saying, but the front profile is dominated by Lexus’ trademark spindle grille, which bears vertical bars, as on the IS. This year’s model has been retuned and resized: it’s now longer, wider and lower than its predecessor. 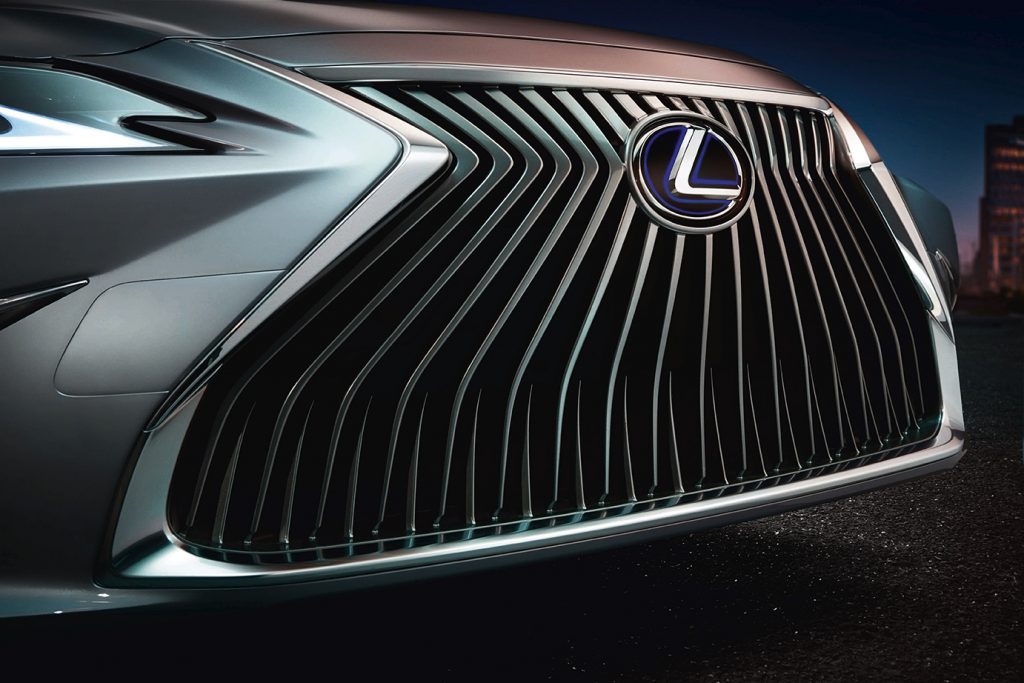 Engines have also been improved upon. The ES 350’s 3.5-L V6, which is paired with an 8-speed automatic transmission, now makes 302 hp and 267 lb.-ft of torque, up 34 hp and 19 lb.-ft from last year. The ES 300h posts similar gains: its 2.5-L 4-cylinder engine manages 176 hp and 163 lb.-ft of torque, with an additional 39 hp coming from the two electric motors. That powerplant is connected to a CVT transmission, and improves on the previous generation’s HEV output by 20 hp and 12 lb.ft.

Inside, the 2019 ES resembles other Lexus vehicles, with the same steering wheel as the LS (heated with wood inserts), and an instrument cluster similar to that in the LFA. But there’s also plenty to distinguish it as a fresh piece of design work, like a long, flowing dash and soft-touch interior trim details on the seats and doors. 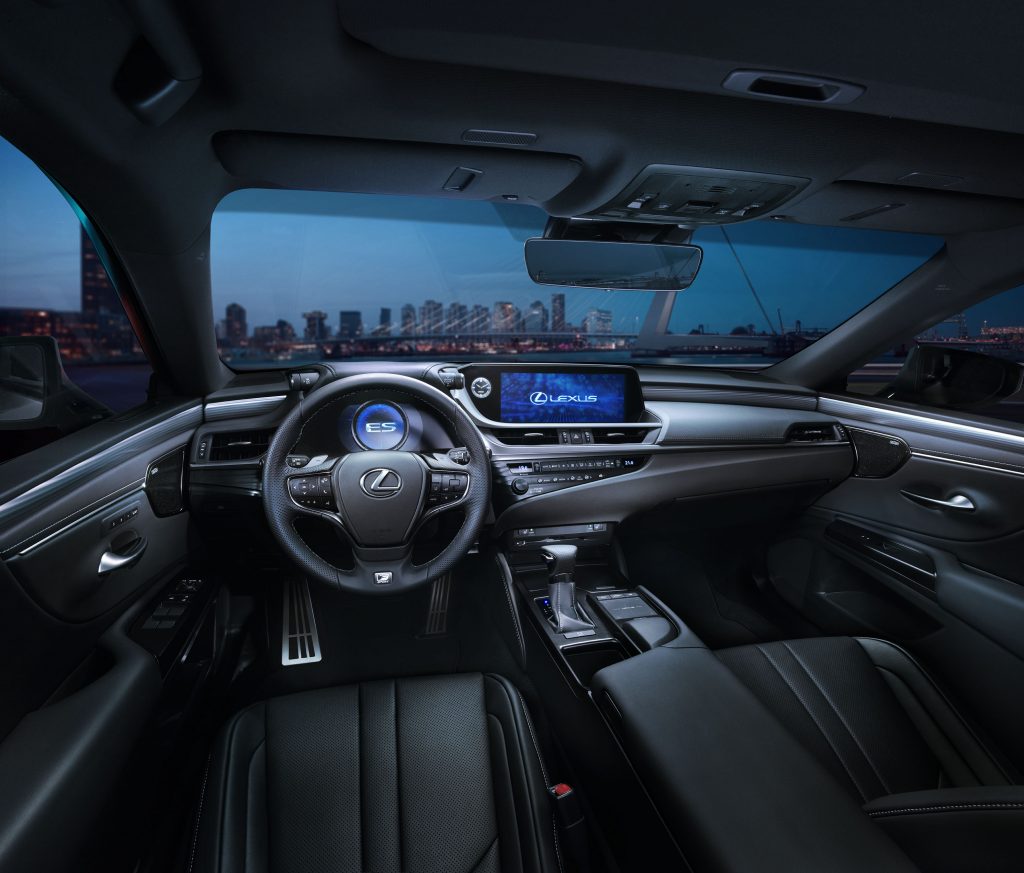 Apple CarPlay is another first here, displaying on the ES’ large central display screen (a whopping 12.3 inches in the more expensive trims). There’s also an available 17-speaker, Mark Levinson sound system, noise cancelling alloy wheels and a head-up-display that, at 10.2 inches in width, is expansive enough to be able to include details like street names and caller ID.

As its predecessors have for 28 years, the new 2019 Lexus ES promises to deliver a level of quotidian luxury, comfort and reliability that remains attractive to many modern commuters, even if it doesn’t come with a third row of seating, a built-in vacuum cleaner or a fifth door on the back. Sometimes, four doors is enough.