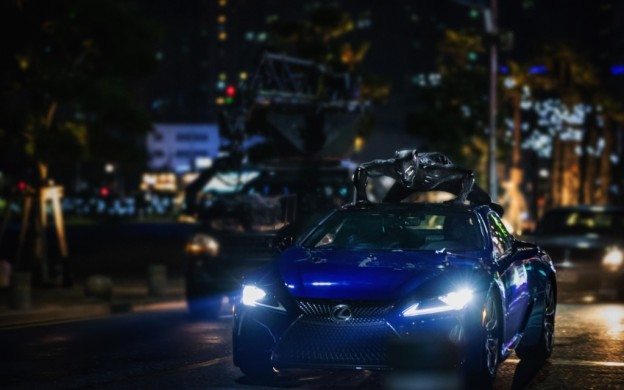 The Marvel Universe just keeps getting bigger, and the latest addition to the squad of super heroes, Black Panther, is perhaps the most statement-making character yet. And for such a bold character, only a bold vehicle will do. A vehicle like the 2018 Lexus LC 500.

Chadwick Boseman plays the title role of T’Challa, AKA Black Panther, the king of the futuristic society of Wakanda, who returns home to find his rule challenged by his enemies, wrapping him in a conflict that threatens the safety of the entire world. Sounds pretty Marvel-ous to us.

Yup, if that taste is any indication, this movie is going to be one wild ride. Speaking of wild rides, Lexus is proud to play a small part in the film, providing the official whip, the 2018 Lexus LC 500, for the film’s hero.

Boseman’s Black Panther did make an appearance in Captain America: Civil War, and the Internet loved it, but other than that and the trailer, we can only speculate as to the details of the film. As for the LC 500…that’s another story. We’ve had it for a few months now and have gotten to know it well, including seeing what it can do at the track.

Marvel’s Black Panther also stars Michael B. Jordan, Lupita Nyongo’o, Martin Freeman, Forest Whitaker, Andy Serkis and more great talent. The movie hits theatres in North American in the spring of 2018, but you can see the Lexus LC 500 on roads and at Northwest Lexus today.