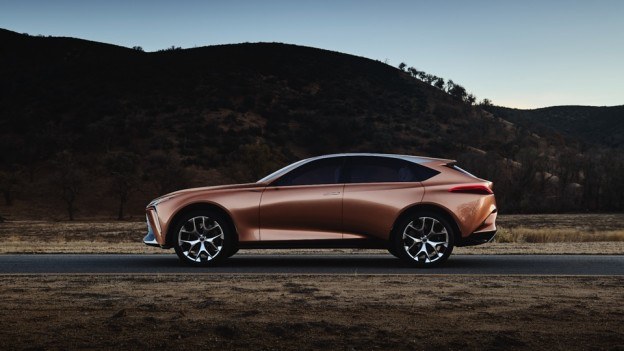 A brand’s flagship vehicle has an important job. These models combine the very latest in tech, safety, comfort and the most advanced powertrains, and serve as an example of what a manufacturer’s engineers can do when given free rein.

The Lexus LS sedan carried the flagship banner for decades—the brand was officially launched when the LS 400 was unveiled at the Detroit Auto Show in 1989. Thirty-nine years later, Lexus chose the very same auto show to present us with what could become their new flagship, revolutionizing the way we see luxury vehicles: meet the LF-1 Limitless concept.

“This is our vision for a new kind of flagship vehicle that embraces crossover capability without giving up the performance and luxury delivered by today’s top sedans,” said Kevin Hunter, president, CALTY Design Research in a Lexus press release. “The LF-1 Limitless concept incorporates imaginative technology while creating a strong emotional connection by improving the human experience for the driver and passengers.”

Like most concept vehicles, the LF-1 doesn’t have a fixed drivetrain choice. Lexus states that if this SUV is adapted into a production version, there would be ways to incorporate either a gasoline engine, an electric powerplant or even a combination of the two, the hybrid route. This fits into Lexus’ strategy to offer only electric vehicles… at the very least, an option for an electric drivetrain. Judging by Lexus’ latest technologies, the future LF-1 SUV could even be fuel-cell powered. The possibilities are limitless. Get it?

Stylistically, this luxury crossover could show us a glimpse into the future looks of Lexus products. The spindle grille is even larger than before, with a pattern that appears to radiate from the Lexus logo. The LF-1 looks sporty with a long hood and short rear enabled by its rear-wheel-drive architecture, giving it a dynamic character even when parked.

Inside, Lexus showcases some of the technologies they have planned for the near future. The LF-1 Limitless boasts a large information screen in front of the driver that is flanked by a pair of displays acting as indoor side mirrors. There are no buttons on the dashboard, and the infotainment screen is too large to be controlled by touch; to use it, Lexus developed a haptic pad—an evolution of the current remote control in production vehicles—that sits on the leather console between the front seats. It also packs autonomous capabilities and is equipped with a navigation that takes time into account. For example, if you enter a destination that is too far away to drive there in a day, the system will suggest restaurants along the way and can even make reservations for hotels along the route.

Ultimately, it’s an exciting new flagship vehicle that contains plenty of promises of good things to come from the Lexus brand.