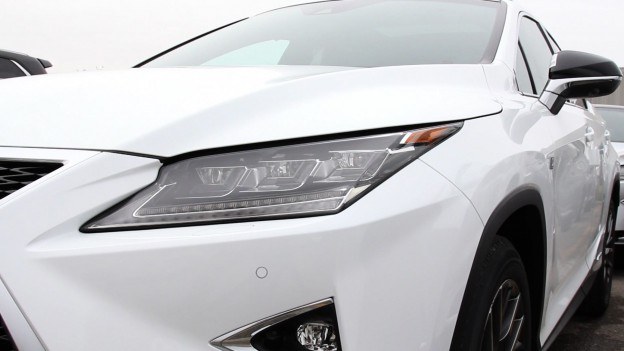 Born almost twenty years ago, the RX has defined from its inception the luxury crossover category.

The 2016 Lexus RX is the fourth generation of crossover wearing the RX badge and is now Canadian-built.

Coming to market with a complete new look incorporating the brand’s signature spindle grille, the RX is defined by seductive styling, inspiring innovation, and dynamic performance.
“Crafting a new RX is one of the most challenging responsibilities we undertake at Lexus, for the very reason that it has been so well received by our guests over the past 20 years,” said Cyril Dimitris, Director of Lexus Canada. “The all-new, 2016 Lexus RX reinvents itself as a more seductive and dynamic version of itself as it simultaneously retains all that our loyal RX guests love about the model.”

For 2016, the RX will come in three flavours: RX 350, RX 350 F SPORT and the RX 450h which, for the first time, will be available with an available F SPORT configuration.
The 2016 RX 350 comes with an enhanced version of the well known 3.5L V6 engine. To enhance breathing and fuel efficiency, Lexus engineers specified an all-new cylinder head design with reshaped intake ports and combustion chambers for added efficiency in the engine’s combustion process, D-4S fuel injection system that enables direct injection to the cylinders with high fuel pressure.

To maximize torque throughout the engine’s operating range, Variable Valve Timing with intelligence Wide (VVT-iW) has been included on the intake side, while the exhaust side features VVT-i. The inclusion of VVT-iW has enabled the adoption of the Atkinson cycle to further benefit fuel economy, without sacrificing engine start-up in extremely cold conditions and during Wide Open Throttle (WOT) driving.

The revised engine is paired with a quick-shifting eight-speed automatic transmission, whose close gear ratios have been tuned to provide excellent punch off the line and robust passing power while maintaining excellent fuel economy.

On the hybrid side, a completely reengineered 3.5L direct-injected V6 hybrid engine used in the RX 450h is an evolution of the base six-cylinder drivetrain, featuring newly-shaped intake ports and combustion chambers that generate a high degree of tumble inside the cylinders to improve combustion.

The hybrid-powered drivetrain in the all-new Lexus RX is described by the company as the latest, most advanced iteration of the Lexus Hybrid Drive system. Its key components and control systems have been improved and engineered to deliver class-leading fuel economy, minimal emissions and excellent on-road performance that’ll satisfy the most demanding driving enthusiast.

These new powertrains and lots more novelties can be discovered starting November 17th at your Northwest Lexus dealership.