6 of the most memorable Lexus commercials of all time 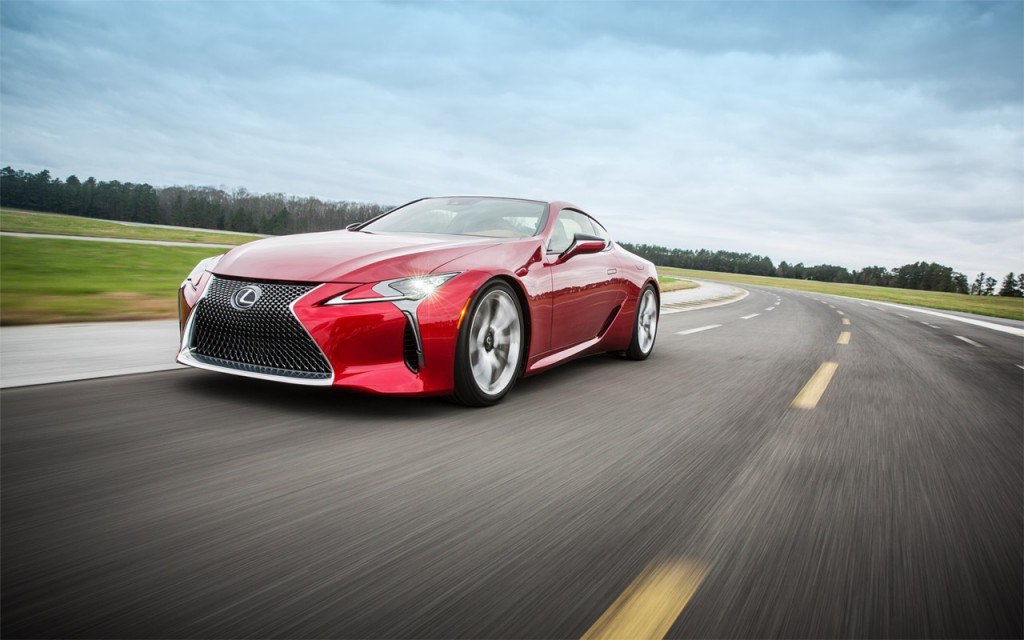 Black Panther has been dominating the box office, and rightfully so. It’s a stellar film with an important message. But automotive junkies will appreciate the action-packed flick even more thanks to the sleek vehicle that gets a cameo part: the Lexus LC 500.

To celebrate Lexus’ on-screen talent, we’re looking back at some of the most memorable commercials from the brand. Scroll on to discover Lexus advertisements from 1989 to present day.

If the Lexus LS 400 can run with champagne flutes stacked in a pyramid on its hood and not shatter anything, then it’s got to be a smooth ride. Great, now we’re thirsty.

In 1996, local Chicago dealerships aired this commercial that took a different approach to marketing its LS 400 by putting competitor logos, like Mercedes-Benz and BMW, on skeets and having them shot at and blown up mid-air as a Lexus casually speeds by below. A little violent? Maybe. Entertaining? Absolutely.

Most brands stick to advertising one product per commercial, but Lexus’ 2016 spot successfully illustrated the driving differences between the LX and LS. Seriously though, it’s hard to decide which route would be more fun: the winding road or straight up the side of a mountain.

If there’s one takeaway from the 2015 ad for the IS 350, it’s that the vehicle’s 306-horsepower is indeed incredibly effective at getting anyone out of a sticky situation, fast — especially if you’ve just been wrongfully accused of getting down with your neighbour.

The “December to Remember” ad series that ran over the most recent holiday season was relatable, not to mention heartwarming. Yup, finding one of these vehicles (with a bow on top) parked in your driveway is definitely bound to make you feel like a kid at Christmas all over again.

There was no better promo for Black Panther than the commercial spot that Lexus bought during the 2018 Super Bowl. The LS 500 looked so sleek and sexy, and the ad made pretty much anyone watching the football game want to buy tickets to see the flick on opening night.